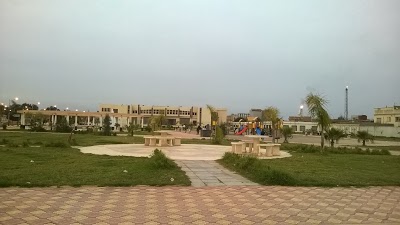 Bethioua and the Ugly American

When I was 18 years old I spent the second of two summers in Bethioua, Algeria with my parents. The first summer I enjoyed immensely, but my newly found independence (being 18 and all) coupled with my false sense of entitlement contributed to the disaster that was my second summer.

In Bethioua, my parents lived in a gated compound with multiple other families from all over the United States. The commonality was that everyone in the compound worked for a major corporation doing construction in that region. While it was a civilian camp, it was structured like an army base with guards who maintained the ingress and egress to and from the compound.

The previous summer, I really enjoyed the new experiences, sights, and sounds. My dad had moved there first. While the kids finished the school year. When school let out, the rest of us met dad in England. We traveled to Paris and Marseille before we returned to the compound. In Bethioua, that first summer, I met and hung out with many other American kids at the rec hall. All day we played pool, ping pong, cards etc. There was a large swimming pool on the compound that we enjoyed daily as well. Despite being in a Muslim country, the girls were allowed to wear swimsuits. But only on the compound . At the commissary we purchased some basic American staples. However, my mom had to learn to make her own things as well: such as mayonnaise, chocolate chips and even marshmallows. To purchase meat or fresh vegetables, we traveled by transport to the marche’ in Oran. The marche’ was an open air market with stalls for everything. Unused to this type of shopping, I was surprised to see different animal stalls from which to choose your meat. But that first summer I found everything to be an adventure.

At summer’s end, I returned home with my older brother Greg to attend college. My parents, my little brother and my baby sister stayed with my dad in Bethioua. Back in Alabama, I attended school, partied with my friends, worked a job and considered myself to be a grownup.

The following summer, Greg and I met my parents in Italy where we toured Rome, Sorrento, Pompeii and the Isle of Capri. (And I lost my baby sister there…but thats a story for another day). Then we returned to Bethioua. That summer, being grown and all, my views on everything had changed. I found the compound to be stifling and prison-like. I balked at the rules, hung with an older, more unruly crowd and left the compound every chance I got. We were a crazy bunch that summer and had some wild adventures. One late night, we snuck off to an old graveyard. We discovered upon arrival that graverobbers had desecrated some of the graves the same night. The sight of the open graves, macabre at the very least, shook me. Then the sound of the gendarme (police) signaled us to all run. As we ran, a sandstorm came up and visibility was zero. Holding the shoulder of the person in front, we were able to get under a porch until it passed. Afterwards, we all laughed at the grand outing!

Looking back at all the dangerous and daredevil things I did that summer, I marvel that I did not get in trouble or get hurt.

But the thing I most regret was the disrespect that I displayed to the local population. We were schooled, before we arrived, in the culture of the people who called Bethioua home. The language spoken was Arabiche (a mixture of French and Arabic) and the primary religion was Islam. The Islam culture clashed with my idea of what was “right” so I chose to ignore it. The rules were too strict, in my eyes, especially for women. I was an American! I didn’t have to follow their silly rules. I planned to do what I wanted, when I wanted and how I wanted. And I did.

One incident that I used to recount to my friends with laughter, now fills me with remorse. As I look back at my actions on that particular day, I realized that I epitomized the phrase “ugly American”.

One morning, I woke up looking for a cigarette. Yes, to pile onto my dirty habits, I also smoked. I couldn’t find one anywhere in our house. My parents had taken the rest of the family to visit a friend in the village, but I declined to accompany them. Knowing it was Sunday and the commissary was closed, I was at a loss on what to do. Finally, I grabbed up my mom’s car keys and took off to the tiny village next to the compound. Now, picture what I was wearing: short pants, a tank top and flip flops. I drove out of the gates and to the local store in the village. I walked into the store to find an older man sitting behind the counter. He raised his head and looked at me, his eye widening in shame and anger. I pointed to the cigarettes on the counter and showed him my money. All of a sudden he started yelling at me in Arabiche and waving his arms. A younger man ran into the store to see what the commotion was about and spied me. He asked, in English, what I wanted. I told him I wanted cigarettes. He went to the counter, picked up a pack and handed to me (all the while the older man continued to yell). I put my money on the counter but the older man picked it up and threw it at me shouting a different phrase than he had been shouting before. I asked the younger man what his father was saying. He smiled and told me that his father didn’t want to touch the money of a shameless American Hussy. (I truly believe the older man did not use the word hussy). Shrugging, I took the cigarettes, left the money and returned to the compound, amused at the whole incident.

Looking back at the hubris and the insensitivity I demonstrated that day shames me. It was actually hard to write this story because it offers a glimpse of the shallowness with which I spent my younger life. However, it is important to note that there is a lesson to learn in this.

It is so easy to see value only in your culture, but in doing so, you not only disrespect other human beings but you also lose opportunities to learn and grow as a person. We, as Americans, always wonder why so many countries and cultures see us in a negative light. But when we allow our self-entitled superiority to blatantly look down on others not “like us”, we are perpetuating those same negative stereotypes that we abhor.

Letting go of pre-conceived notions and biases extend far beyond ethnic cultures. We also have to be careful not to force our values and judgements on those families who might operate with different norms and beliefs.

Years ago, an investigative worker came to me about one of her cases. She was investigating a case of physical abuse. A young Korean boy came to school with a broken arm. His mother claimed he had climbed up a tree and fell. The worker was convinced she was lying because she wouldn’t make eye contact. I suggested to her that some Asian cultures consider prolonged eye contact to be improper, and instructed her to look for facts and not to project her values into this mother. She wasnt consciously doing it, but when we make a judgement on someone based on our values and culture we are missing the big picture.

As social workers, we have our own thoughts and values on how a child should be raised: home cleanliness, food selections, religious practices etc. These all come from our own upbringing. The important thing is to acknowledge these values are there, but to also make a conscious effort not to let them lead us into judgement of someone else simply because their values are different.

I missed out, that summer, on an opportunity to learn about another culture; old and rich in tradition and belief. I was not a grown up, but I definitely needed to grow up.

I encourage you, when dealing with someone whose values and cultures are different, to look closer. You do not ever have to agree with them or adopt their beliefs. But…

Take the time to know them. Be slow to judge. Do not be dismissive. Open yourself up. Seek to understand.

And you might find, deep down, they are not so different as you.

13 thoughts on “Bethioua and the Ugly American”