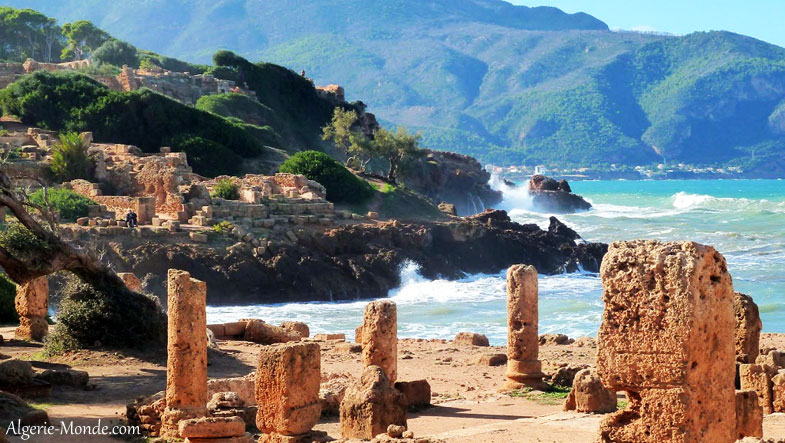 A Night in Tipaza

My father worked as an overseas contractor for the latter part of my childhood/teen years. He would leave us during the school year, traveling to exotic places like Algeria. The Congo and Cyprus. In the summers, when he got his “R &R” we would meet him in Europe and travel together for a few weeks. After graduating high school my older brother and I decided to stay in the U.S and attend college. My mom, my younger brother and my little sister moved to Algeria. Assigned for a 4 year contract there, dad wanted his family with him. Greg and I spent two summers there as well.

Let’s just say, playing the rebellious teen was a role I took to with much relish. So boxing me into an American compound centered in a small Algerian village that was steeped in strict Muslim rules, really wasnt an idea without consequences. While there, I managed to anger, insult or intrigue many citizens in the small town with my blatant disregard for their rules. Looking back, I am ashamed of my ignorance and self absorption. Rather than understand the culture, I chose to flaunt my Americanism. And I am so blessed not to have gotten into serious trouble. (I think I have mentioned before that I was a precocious and stupid teen). But those stories are for another blog.

During the summer of my 18th year, my dad took us all to the resort town of Tipaza. I truly could not adequately describe the beauty of the landscape or the “ancientness” (I coined a new phrase) of the overall feeling surrounding the town. Our hotel had all the modern trappings of the day, but was housed in a castle like stone building. The windows in my room were carved out of stone with a 3 foot wide sill. I loved sitting in the window gazing at the timeless view below.

Of course my brothers and I were warned to follow the rules of the culture while there or there would be consequences. And, I, for once, did. After dinner one night, I sat in my window, looking over the town as darkness enveloped the land, blurring the line between earth and sky. The stars shone brightly as the moon illuminated the gravel road running between the town and the hotel. There were no streetlights, so the overall affect reminded me of a poorly lit black and white movie. A flicker of movement, from the corner of my eye, disturbed my reverie. A tiny figure appeared in the distance, becoming larger as it neared. I recognized my younger brother, Tony, only 16 at the time, running towards me. Puzzled as to why he was jogging in the dark, my gaze moved beyond him to see a multitude of small lights a good ways behind him. Again, as the lights moved closer, I saw a large crowd of men running, some carried torches. The drama, unfolding before my eyes, became clear. The townspeople were chasing my little brother and gaining on him! Unsure of what law he had broken, I ran to my parents room, screaming for them as I went. I quickly brought them up to speed by showing them the scene below. Before my dad could put on his shoes to run outside, we noticed my brother turning into the driveway of the resort at full speed, panic on his face. The angry villagers were right behind him, their cries of outrage becoming louder and louder. Once he had broken off from the road, we observed another man who had been right beside Tony, hidden from our view. This man shot past the drive and kept going down the road, villagers in hot pursuit until they were out of our sightlines.

We later learned the man they were really chasing was a thief who had gotten caught in the act. Tony had been walking back from the town, heard the commotion behind him and, like me, thought he had broken a rule and was being chased. Panic overtook him and he began to run. The story, terrifying in the moment, is now a family favorite, much to the chagrin of my little brother.

How often do we view a situation and without taking the time to assess the truth, make snap judgements? Worse, we make decisions and take action based on those snap judgements.

In social work, assessing not only the primary safety threats but also the underlying issues that led to the crisis is the ONLY way to understand the whole picture. Without that deep dive, interventions are unlikely to be effective in resolving the crisis.

Think of a deep cut that has become infected. Stopping the blood flow and bandaging the wound provides immediate relief…for a while. But, unnoticed and untreated, the infection can become toxic, causing illness and even death.

Social worker Paula received a report that a father, while fighting with his wife, inadvertently punched his 3 year old son who ran into the fray. The dad admitted his mistake, demonstrating deep remorse. Paula set mother and father up with parenting and DV classes, monitoring for 6 months.

Two years later, social worker Phil received a report on the same family. This time the report stated that mother, while high on meth, drove her car into a ditch with her 5 year old. He was in the hospital with a broken arm. Phil looked at the previous report and decided to look deeper into the family dynamics. After several meetings engaging with and listening to the family, interviewing collateral contacts and meeting with relatives, a different truth emerged on this family.

The fight, two years earlier, occurred when dad found mother’s stash of drugs and confronted her. He demanded that she go into rehab. Coming down from meth, she started hitting dad in a frenzy to leave the house to score more drugs. He tried to restrain her by holding her flailing arms. The child, scared of the ruckus, ran into the middle of them. Dad tried to block the child from harm. But in the release of her arms, it was mom who inadvertently hit the little boy. To protect his wife, dad had made up the story he previously told Paula. The child, considered by Paula to be too young to be questioned, was never interviewed. Paula created what she assessed to be the right intervention for this family.

Phil also found out that mom had been physically abused by her own father and began using drugs at the age of 14 to escape.

Equipped with this level of understanding, Phil was able to engage the family around the deeper issues: mom’s past abuse, her drug use and dad’s codependency. The road to recovery would not be easy, but would be more effective than simply rubber stamping parenting classes.

“Hurt people hurt people”. Remember that phrase and dedicate yourself to taking the time to assess the trauma of your families before applying interventions. Look beneath the wound to understand the infection. It will take longer and require more coordination, creativity and compassion. But, in the long run, if your goal is to help create positive change, that is how you make a difference.

12 thoughts on “A Night in Tipaza”