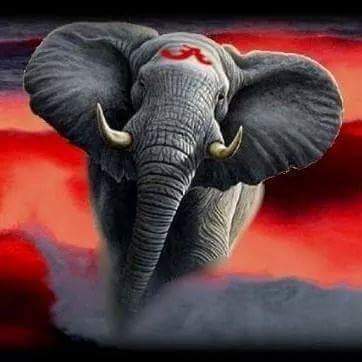 Cheering for Your Team

Anyone who has ever met me knows that I am a huge college football fan. Most notably, I proudly proclaim myself a fan of the Alabama Crimson Tide. I am not a bandwagon groupie, who just started cheering for the tide when they became National Champions. No, I even rooted for the Tide during the years we didnt win.

I have vivid memories of my grandfather and father watching the games. As a small child then, while I didnt understand what all the hooting and hollaring was about…I knew it had to be something special. They were both huge Alabama fans. As I got a little older, I would watch the Bama game with them, to become part of this football tribe…this Roll Tide tribe.

And now, so many years later, I look forward to football season each year with great anticipation. I love the strategy, the mistakes ( of the other team) and the adrenalin rush that comes as I watch the winning touchdown in a tight game.

That’s how it is in the south. SEC football is huge and rivalries are fierce! From September, when the first game is played until the National Champuonship game in January, the gauntlet is down! Shade and smack talk occurs on social media, in sports bars and even among close friends. With the exception of a few crazy fans, the tradition is good natured and fun. But one thing the whole football season highlights is teamwork!

Each team member is trained in their roles over and over again, until they are experts. They know their Job!

The coach has assistant coaches in each group: running back coaches, quarterback coaches and special teams coaches to name a few. A good college football team is the product of a fairly large organization. Not only are physical skills coached into the players, but also highlighted are the mental/ emotional skills.

Drilled into them day after day as part of their training are essential lessons on perseverence and more importantly how to be one part of a larger ideal…the team. Below are some of the mental expectations of the players.

Dont look at the score to see who is winning, as it will distract you.

Think out and execute each play from start to finish.

If you can, Help your team mate make it a little further down the field by putting yourself out when they need you.

If you are not the one in the spotlight this time…Cheer on the one who is.

These are great lessons. Not just for football, these lessons work anywhere. Even in your office.

If we are always watching the score, we lose sight of the ball. Sometimes offices become so competitive that the focus on the mission becomes diminished by the focus on getting ahead. By redirecting your focus on the process, goals are more likely to be achieved.

Being strategic and planning out the steps towards your goal means being deliberate and purposeful. If your plans are meaningful and measurable, they will serve as beacons, highlighting progress or lack thereof.

Put yourself out to help a teammate advance. I love seeing this in a football game. For example, the punter’s kick is being returned. The return team player has evaded all defenders and is heading towards the goal. Finally he is stopped with a fantastic tackle…by the punter. That wasnt his job…he was a punter. But he put himself out for the team.

Sometimes office staff can be stuck in their traditional roles and become turfish. They will see a worker or program struggle and shake their head. Or worse, whisper about their struggles. It doesnt occur to them to put themselves out to help, because “it is not their program”. They forget sometimes that they are all on the same team. The true teammate is the one that steps in to help find placements or to help read cases so the whole agency achieves. Truly, if more of us did the same for each other in our agencies, how successful we would become!

And then there is cheering for the star, when it is not us. So many times I have observed envy and resentment of a person or a team cause division in an office. It is good to remember that there will always be those who perform better than most, get better results or just seem to do everything right. These stars often have a following, but they also attract a group of Negative Nellie’s, who try to spread gossip and innuendo. These are not true Team members. They are not working together to achieve the company’s goals. If they were they would not only cheer on the star player, but would also try to learn from him/her to become a star themselves.

What makes a Championship Team (agency)?

Going out of our way and our comfort zone to make sure we are ALL successful.

Realizing that the functioning of the whole relies on the health and well being of its parts.

Keeping our focus on the journey not the destination.

Cheering each other on!

And most importantly, if you are the coach…leading with integrity, believing in your mission and encouraging your players every step of the way.

Are you part of a championship team?

If you are…let’s hear a big Roll Tide!!

If you think your team could use some help…Go on…be the catalyst!

8 thoughts on “Cheering for Your Team”