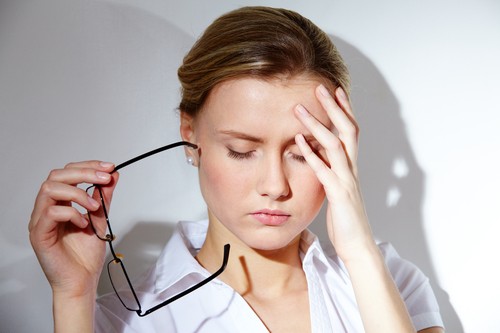 It was a scorcher of a day, deep in the heart of the South. I was walking along the River Walk in New Orleans, Louisiana. Out of the corner of my eye, I noticed a very bright sign, bathed in rainbow colors. As I turned to investigate the loud image, two words called out my name, initiating a slow smile that spread into a grin on my face.

Perfect! I walked quickly to the kiosk and ordered an amoretta sno-cone. The delight of the first bite, as the cold, flavorful ice confection both tingled and cooled my tongue, was palpable. The effect was so inviting, I quickly took another bite. Heaven! However, the hot, muggy day was not a friend to the icy goodness. I noticed the treat was melting at an alarming rate, the delicious juices creating sticky ribbons of syrup that trekked down my hand and onto the steaming sidewalk. Not wanting to lose a drop of the sno-cone, I began to eat faster, taking larger bites! And then it happened…

The pain was immediate and intense. Some invisible evil force had my head in a vice, rapidly turning the wheel tighter and tighter. I just stopped. Grabbing my head with one hand I was immobile, my one pervasive thought was Stop The Pain! After a minute or two (seemed a lot longer) the pain subsided and my normal thought process returned. Looking at the rapidly melting sno-cone in my hand, I no longer wanted anything to do with it and threw the remainder into a near-by trash bin.

Brain Freeze is the term. It occurs when you eat something cold too fast. Your vessels contract suddenly at the roof of your mouth and along your sinuses. Then, breathing in warm air causes them to expand again. By contracting and expanding rapidly as you wolf down a sno- cone, you create a spasm, which causes the pain.

As social workers, you are constantly dealing with ups and downs. While it is so rewarding when a client makes real progress, it is equally devastating when lack of progress leads to severe consequences.

Carrie was out in the field, working with one family on parenting issues. She was very pleased with the new mother’s progress in learning how to care for her newborn. Then she got a call. Her supervisor asked her to come in immediately because there had been a death in a recently closed case of hers. The supervisor assured her that she had reviewed the file and had noticed that Carrie had been very thorough. But the case needed to be staffed as it had just closed. Carrie stood still, holding the phone. She did not reply. Even when she heard her supervisor calling her name.

Sometimes when it all comes down at once, you can experience a different kind of brain freeze. The physical pain isn’t as intense, but the reaction is the same. Your brain shuts down save one persistent thought. “Make it stop!”. It is a very unpleasant place to be, especially for a social worker.

What do you do when crisis comes?

You dedicated your career to helping others, especially the vulnerable ones who have been stripped of a voice. You know that for some of our clients, you stand between the abuser and the abused. You are always assessing; wanting the interventions to work so that families can be together. Yet always looming over your head like a super cell is the knowledge that if you missed something or if you make the wrong decision, lives can be affected. And if, by someone else’s hand, an innocent life is lost, or a child is seriously injured, the aftermath for you can be traumatizing. Despite being assured that you were not the abuser, you made sound assessments and that you shouldn’t take on the guilt…

And she experienced vicarious trauma.

Trauma greatly affects your brain. In the midst of extreme crisis your brain gives you three options:

However, in our cases, we freeze first, immobilized by the grief we feel when someone we are working with or have worked with experiences a tragic event. That head pounding feeling of brain freeze that starts as grief, moves to anxiety and ends up as fear. If it hasn’t happened to you in your career, it’s hard to explain.

After a bit, the freeze starts to subside, replaced by the other two options:

A great many social workers choose flight. And I write this without judgement. They have given all they had and the emotional response to the death or injury of a child was a trauma for which they could not return. Even after all the assurances that they are not responsible for the actions of the abuser, they buckle under the weight of so great a responsibility. Unable to work in an enviroment where they are reminded of the trauma, they leave to care for themselves and their family.

But Carrie chose fight. She experienced the crushing weight of trauma after losing her client. During the case staffing, she was relieved to hear the compassion in the voice of her supervisor, the manager and even the director. Before the case details were discussed, they all inquired about her. She chose to view the staffing as a necessary component for continuous quality improvement. She leaned on the support of her peers, her friends and her family who showered her with positive affirmation of her worth. Carrie used the event as a motivator, a lesson and a way to give back to the rest of her clients. She realized that, despite her validation on this case, she could not take anything for granted. She still engaged and built trust, but also learned the necessity of validation. Carrie took tragedy and became stronger.

In the Sno-cone metaphor, instead of throwing away a great sno-cone after brain freeze, Carrie took it as a sign to slow down and take smaller bites.

Not everyone can learn from tragedy. It is a very real thing that will happen at least once in a social work career. Carrie’s resilience was bolstered by the support and guidance of her administration and management. As leaders, we can also experience brain freeze over an incident like Carrie’s. How we handle it can be the difference between fight or flight of our staff.

Brain Freeze will happen to all of us at one point in our career. How we move on from there is up to us.